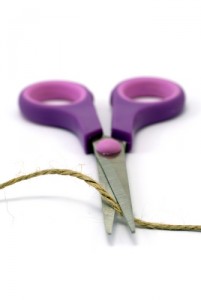 Vasectomy (commonly known as “the snip”) is a very common and successful form of contraception. It involves a short operation on the testicles to cut segments out of the tubes that carry sperm from the testicles to the body. There are several surgical techniques including a “No Scalpel” technique. The operation is often performed under local anaesthetic, but can be done under general anaesthesia if necessary. This option will be discussed and may even be proposed in certain cases by your Consultant.

The procedure is a very successful form of permanent contraception, but not immediate and it can take months for the sperm to clear from the semen. For this reason it is important to provide at least 2 semen samples for analysis, several months after the operation. The clinic will write with the results and if clear only at this point can other forms of contraception can be stopped. It is extremely rare that the body will repair itself, but this can happen either immediately after the operation (meaning the provided semen samples will never clear of sperm) or later on, after the samples have been shown to be clear. The operation can cause problems including infection, bruising and pain that can rarely become chronic.

The operation is supposed to be permanent, but can in some people be reversed so that it is possible to have further children.

After an initial consultation the Staffordshire Urology Clinic can arrange either a Local Anaesthetic or a General Anaesthetic Vasectomy at the North Staffordshire Nuffield Hospital. If you would like to discuss Vasectomy with one of our consultants please contact us and book an appointment.