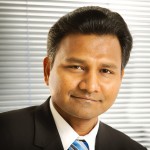 Why have this procedure?

Laparoscopic nephrectomy (also known as keyhole removal of the kidney) is an operation that may be suggested to manage either kidney cancer, or a poorly functioning kidney that is causing problems (such as infection, stones or pain). It is a very common  major urological operation and has virtually replaced the traditional alternative of open surgery. Not all patients that require kidney surgery are suitable for keyhole surgery, and your surgeon will advise about the best approach to a particular problem, but last year our surgeons only had to perform open surgery in less than 5% of all kidney removal operations performed. None were converted from keyhole to open during the operation. Keyhole surgery gives the surgeon better vision and is associated with less blood loss during the operation, but can be technically demanding. Other advantages of keyhole surgery are smaller scars (better cosmesis and lower risk of hernias and infection), shorter hospital stay and quicker general recovery time.

For most people with an abnormality of one kidney, removing it is possible without causing kidney failure, because the second kidney usually works well enough to compensate. However, if the second kidney is not functioning properly then there is a risk of future kidney failure.  Alternatives to removing the kidney, with risks and benefits of treatment will be discussed before planning surgery. These alternatives might include continuing without surgery, removing part of the kidney (which our Consultants can also do keyhole, and for which they are recognised as regional experts) or considering some other destructive treatment of the abnormal area, leaving the remaining kidney intact  (such as radiofrequency ablation (RFA) or cryotherapy).

Our consultants are recognised experts in the field of keyhole kidney surgery. They help other surgeons to introduce this type of surgery to their hospitals, and are often referred difficult cases from other hospitals. In some respects they are pioneers and have been the first surgeons in the world to report some aspects of keyhole kidney surgery.

Coming in for this procedure

Before the operation you will be invited to come to the hospital for a pre-operative assessment (including blood tests and heart trace). On the day of the operation you will be asked to give written consent for the operation. The operation is performed under general anaesthesia and usually takes between 2 and 3 hours. When you wake up pain is usually minimal and often controlled by tablets. Some patients are fit to go home on the day of surgery, but many stay overnight. There are risks and side effects associated with all forms of treatment and these should be carefully considered before surgery. Serious complications associated with major surgery (heart, lung, and thrombosis problems that could lead to death) are very rare. Serious bleeding, damage to the bowel or other internal organs is likewise rare. The commonest problem after this surgery is pain at the wound that the kidney is removed from.

If the kidney is removed for cancer then regular follow-up with periodic scans and blood tests will be required to ensure that the cancer has been eradicated. If the kidney is not cancerous then it is unusual to require hospital follow-up, with the exception of one post-operative visit to ensure all is well. Ideally all patients should have follow-up with their General Practitioner, if not under hospital review, to ensure that their remaining kidney remains healthy.

If you would like to discuss keyhole kidney removal then please contact us and book a consultation with Mr Anurag Golash or Mr Herman Fernando.